The olive tree in our garden is more than 30 years old and each year it produces a good crop, although some years are better than others. Olives vary quite a bit – ours are large, round and turn a purplish black when ripe.

I’ve tried preserving them, using a number of different, supposedly foolproof recipes, with no success. The olives were either too soft, too hard, too salty, too bitter, or they fermented and went off before we could eat them. Every time I had a disaster someone would give me their special recipe, guaranteed to work, which I would try the following year. None of them worked for me.

A few years ago I managed to persuade Jeff, the owner of a local olive oil company, to take our olives and give us some oil in exchange, for a small fee. So that’s what we’ve done a couple of times. We ended up with several litres of bright green extra virgin olive oil which tastes amazing on salads, or just on bread. It’s cool to be able to tell guests it’s our own oil, although Jeff no doubt mixed our olives with a lot of his. As he explained, he needs 500kg to turn on the machine.

Last year the parrots ate most of our olives before we could pick them. I spoke to Jeff and he said he was having the same problem and had bought a boom machine from Bunnings to scare the birds away. He said you have to use it each morning, because the parrots’ memory only lasts 24 hours. Unfortunately this advice came too late for our olives, so we picked the few that were left – a kilo or two – and decided to have one last try at preserving them.

I found this recipe online and could hardly believe how quick and easy it was. Most recipes involve weeks of preparation. The resulting olives were so good I couldn’t stop eating them. They were slightly chewy and almost sweet, with no trace of bitterness. Unfortunately last year I only made one large jar, which we kept in the kitchen near the hotplates. They made the perfect snack while I was preparing dinner. I don’t know if this recipe works with small green olives – I think it’s best for fat, black juicy ones like ours – but you could give it a try.

There are heaps of recipes for preserving olives, but this is the one I’m sticking with. The instruction which appears at the end of this easy peasy recipe “keep for a month before eating” is the hard part. Ours don’t last that long I’m afraid. 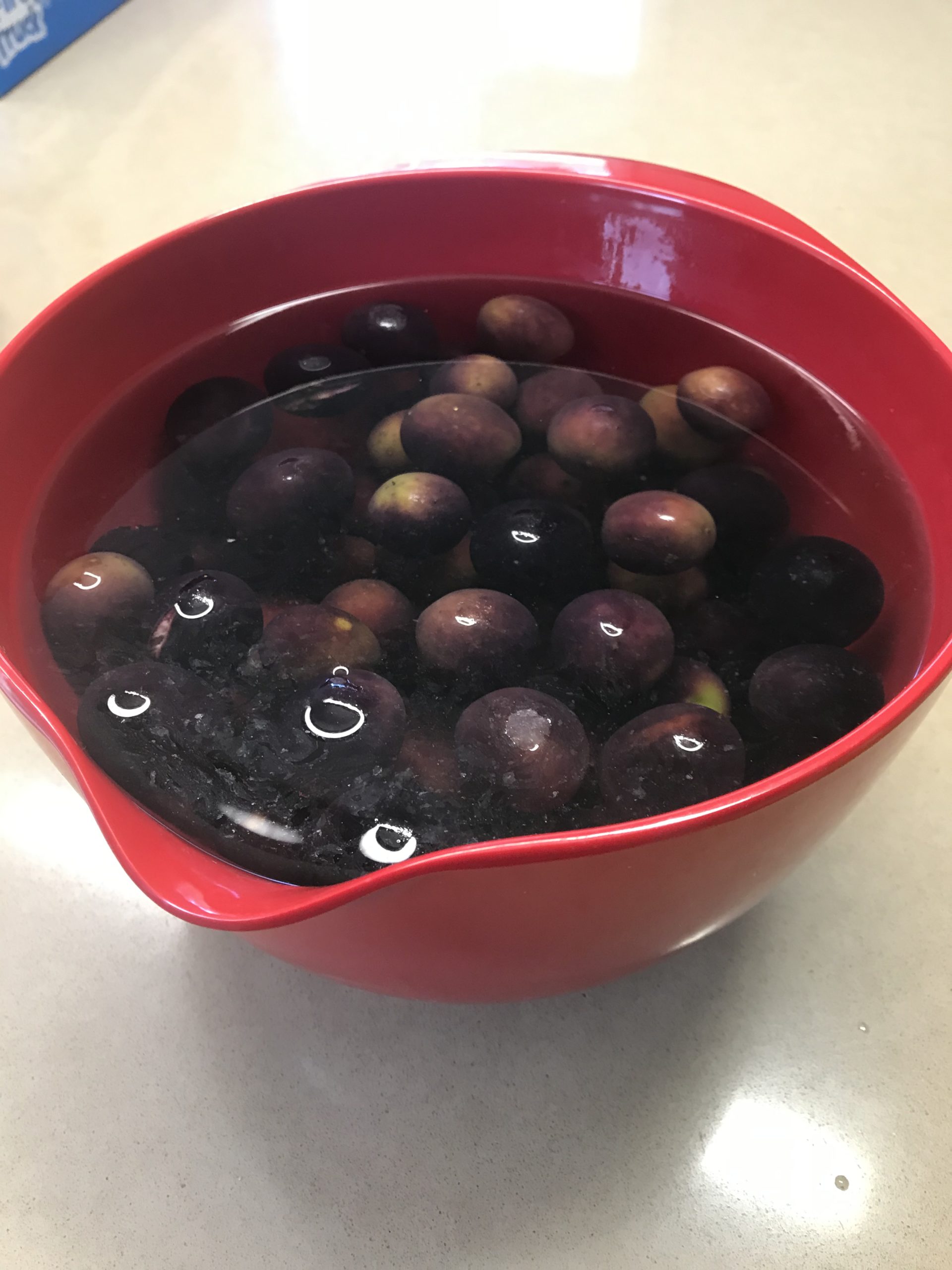 Choose sound black olives. Rinse and drain, then put in a large bowl. Cover with boiling water and leave for 10 minutes, then drain thoroughly.

Arrange on cake cooling racks over shallow trays and place in the oven at 80C for several hours or overnight. 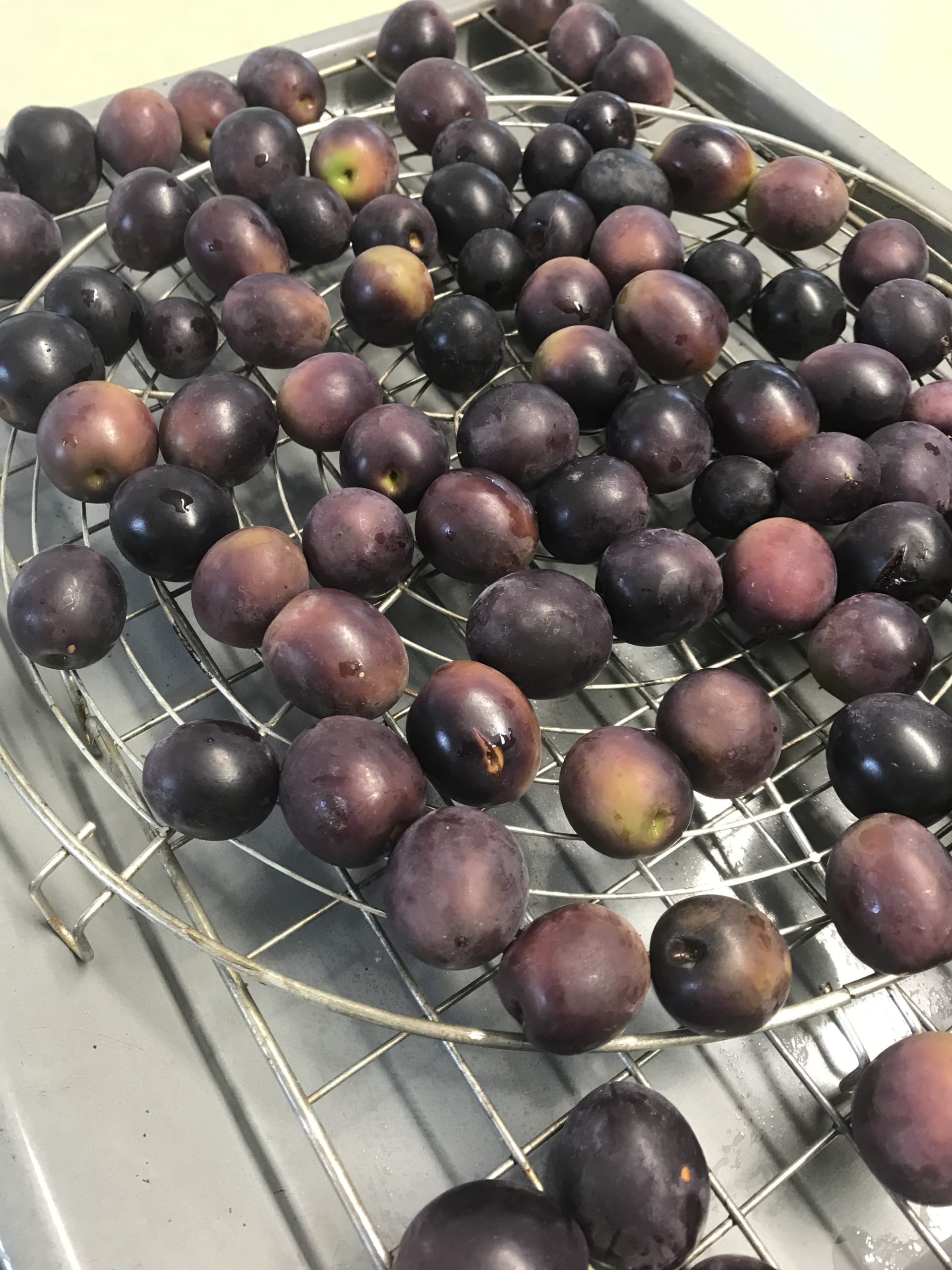 When ready the olives will be dry and wrinkled and about half their original size. You want them chewy, not hard, so taste one. Any smaller olives may be ready first so remove them and put the rest back in the oven.

Pack the olives into sterilised jars with a good pinch of salt, some dried garlic and a few tablespoons of oil. Best not to add fresh garlic as it can go off as I learnt the hard way. Add herbs or chilli if liked. Close jar then shake to distribute the oil.

Keep for a month before eating, shaking the oil around from time to time. 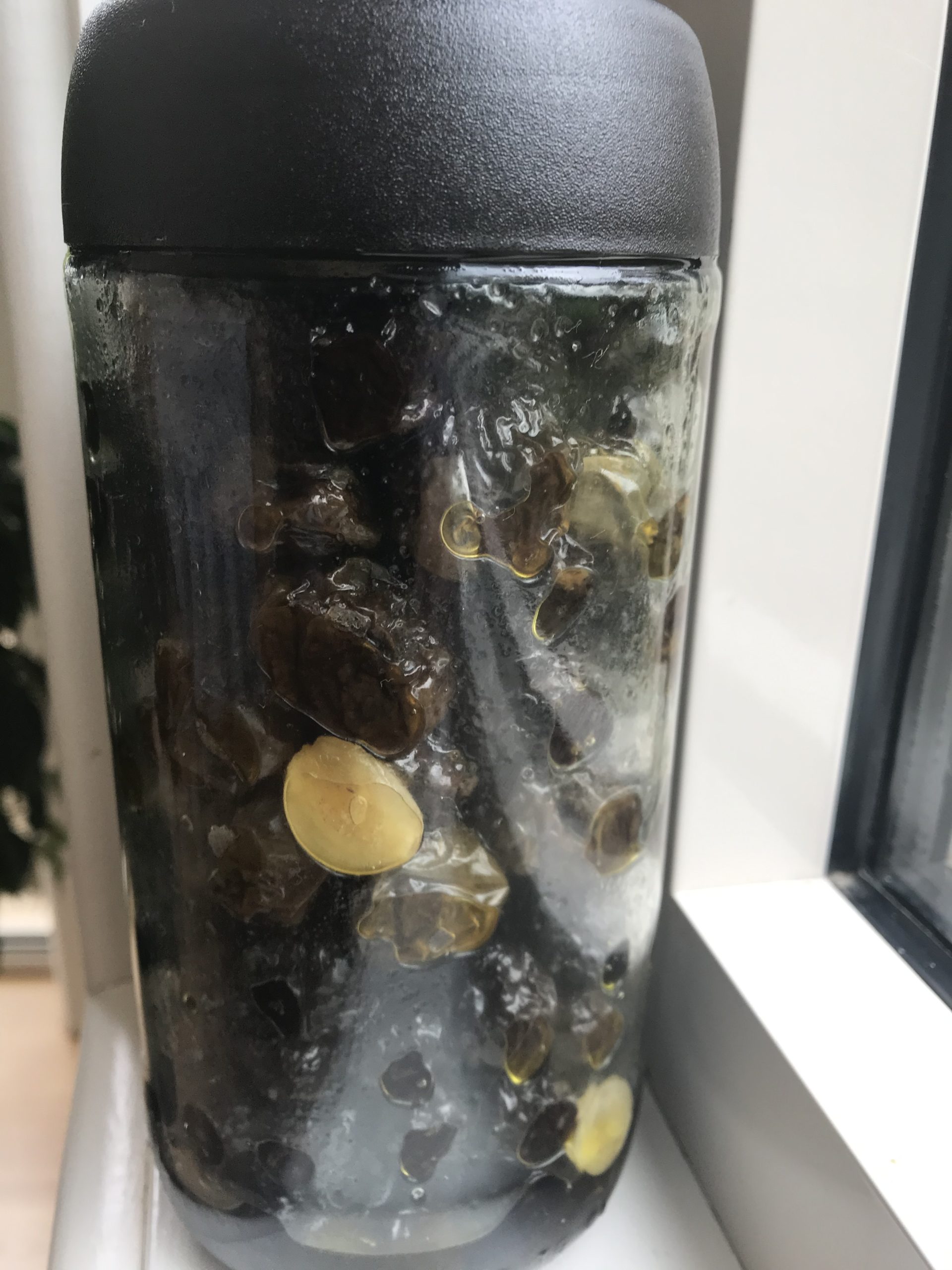