In my late teens I worked as a sales assistant every Saturday in a department store in England called Lefevres. In school holidays I often worked full time, especially at Christmas when they needed extra staff. There were no automatic cash registers back then, so it was great for mental math skills.

Over a period of 4 or 5 years I worked in almost every department in the store – from baby wear, women’s wear, underwear and hardware, to haberdashery, menswear and footwear. My hours were from 9am till 5.30pm with an hour off for lunch. I earned the princely sum of one pound a day. You could do a lot with a pound back then.

If you’ve seen the BBC TV series “Are you Being Served?” which aired in the UK in the 1970s and 1980s you have an idea of what it was like. The place was full of bossy Mrs Slocombe-types, with a distinct hierarchy or pecking order. Everyone was referred to by their surname – first names were verboten.

After a couple of years I was offered the job of Switchboard Operator because the girl who held that position during the week wanted Saturdays off. When things were quiet I used to ring a special number for the recipe of the day. This is one of those recipes and it remains a family favourite to this day. It’s a sort of pork stroganoff. If you don’t like pork use chicken thighs instead. By the way, in case you were wondering, the black thing at the bottom of the photo is a raisin from the chutney! 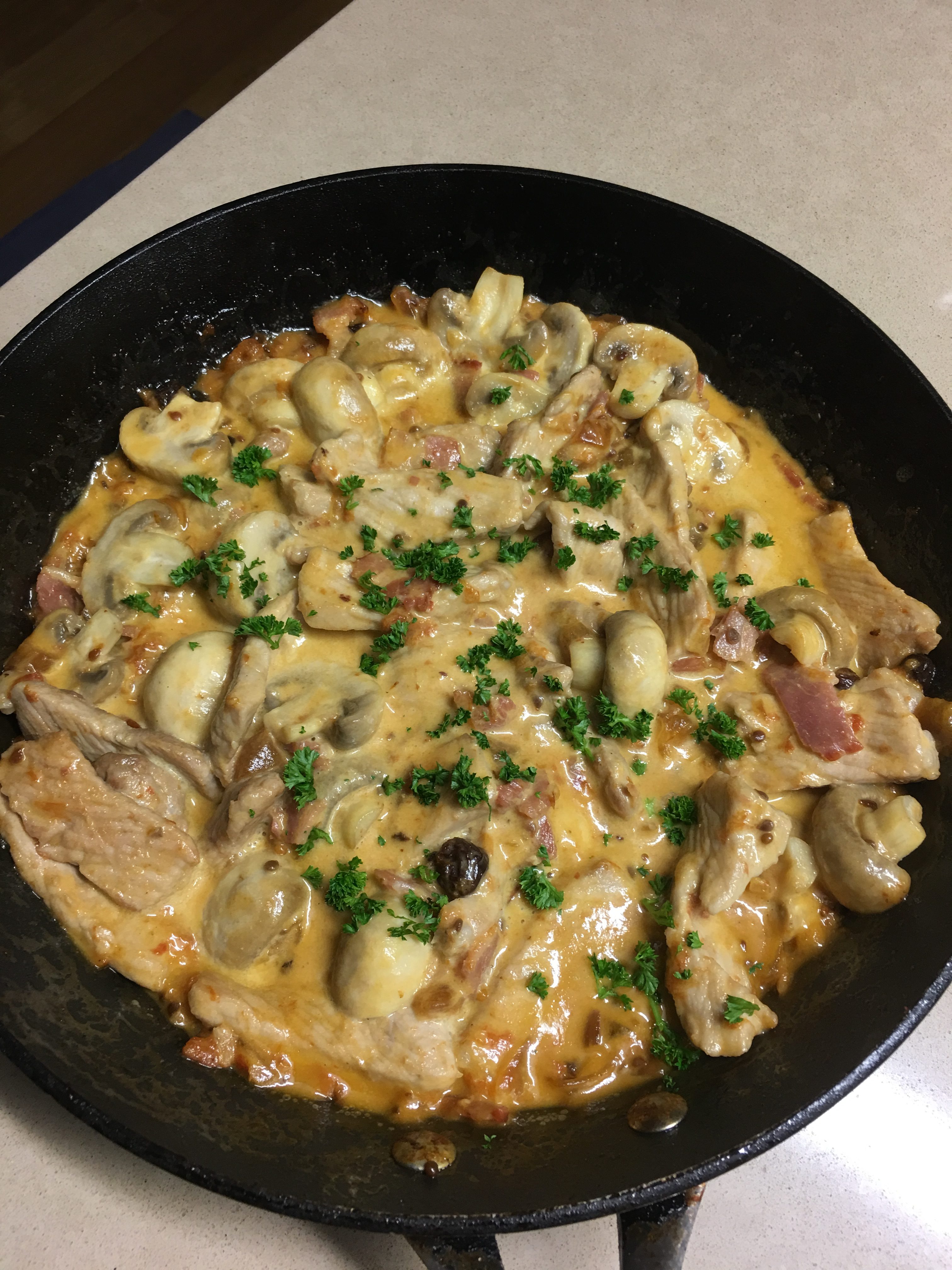 Fry bacon in a large frying pan without fat until browned, remove from pan. Add butter to pan and brown meat. Add mushrooms and cook, stirring for 2-3 mins. Add sour cream, the cooked bacon and check seasoning. Simmer for a few minutes until meat is tender – it doesn’t take long. Garnish with parsley and serve with boiled rice and a green salad or green vegetable.

Variations: use strips of chicken instead of pork