The town of Orange is three and a half hour’s drive north of where we live in Canberra. It has a pleasant climate, lots of good restaurants and is somewhere we’ve been meaning to visit for some time.

We recently booked a pet-friendly B & B, so we could take our golden retriever, Serek, and headed off for a long-overdue catch-up with friends who joined us from Sydney. The drive from Sydney to Orange, driving west, also takes about three and a half hours. 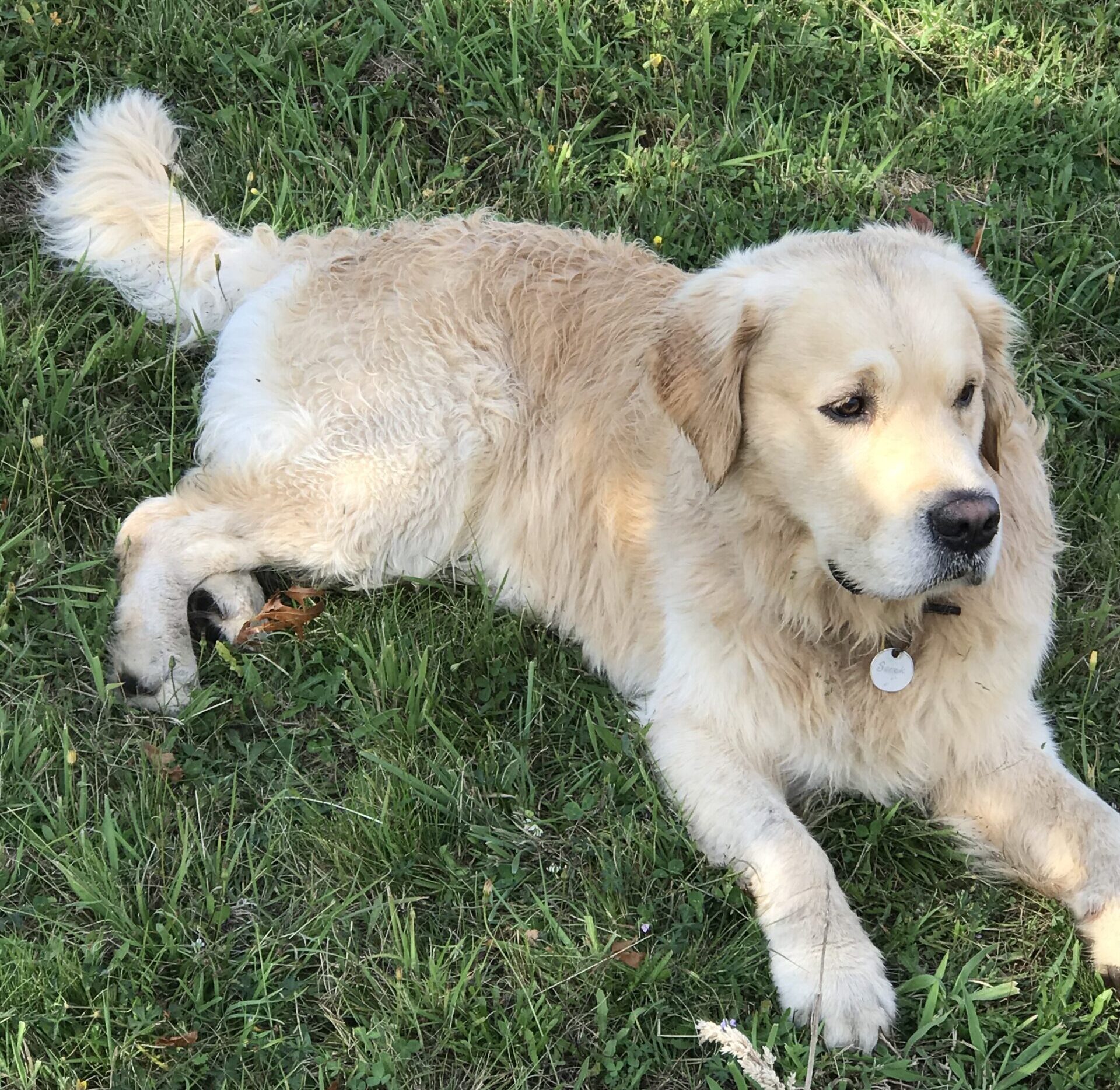 The first night we dined at the Peacock Room at the Oriana Motel. As we walked through the garden to the entrance we were greeted by the owner, a tall friendly Norwegian called Espen Harbitz, who has made his home in Orange. He invited us to make the most of the balmy summer weather and join some guests who were enjoying an aperitif at tables set out under the trees.

The meal was excellent, especially Espen’s Gravlax, so I emailed after we arrived home and asked if he was willing to share his recipe. He did so with alacrity. It’s the same as mine, but with one addition: a cup of Aquavit. So I ordered a side of salmon online from Huon Salmon (which has great colour and flavour) and a bottle of Aquavit from Nick’s Wine Merchants and the result was delicious.

To make Espen’s Gravlax follow my recipe but add a cup of Aquavit (or vodka) to the mixture of salt, sugar, pepper and dill used to cure the fish. In the photo below I served it with sweet mustard sauce (recipe is with the Gravlax recipe) and toasted sourdough, as an aperitif. 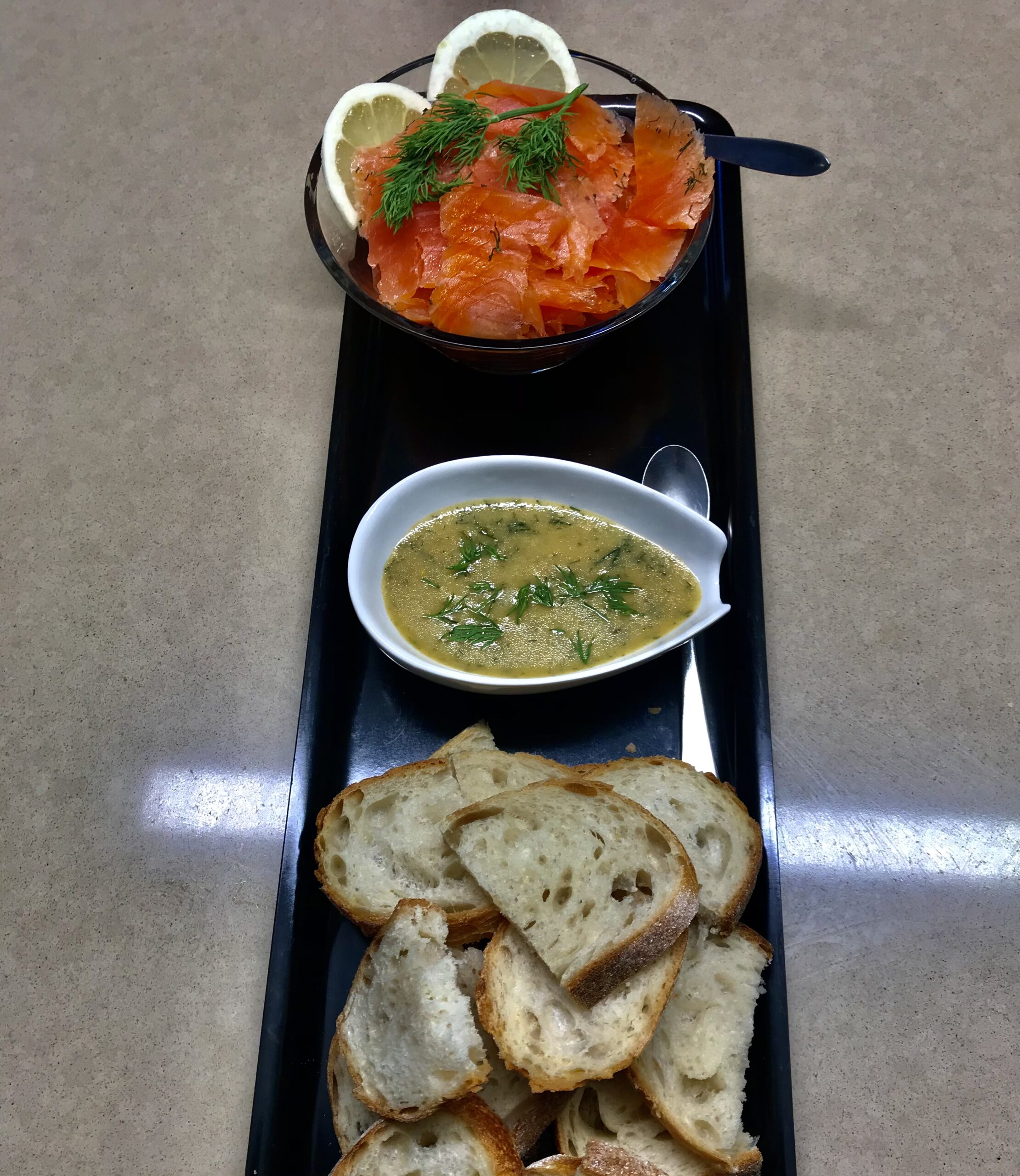 Next day we enjoyed an excellent lunch accompanied by superb wines at Sister’s Rock restaurant at the Borrodell Vineyard.

There are plenty of interesting things to do in the region, including a wander around the picturesque heritage town of Millthorpe and a visit to the Orange Botanic Gardens.

Dinner on our last evening was at The Schoolhouse restaurant in the old Union Bank building. Inspired by my light beetroot starter, I created the dish you can see in the photo below, using macadamia hummus as a base (use macadamias instead of cashews and soak them longer), topped with wedges of cooked and pickled beetroot, thin slivers of radish, a few toasted macadamia halves and a drizzle of extra virgin olive oil. A thin lengthwise slice of a home-grown zucchini (use a vegetable peeler), some parsley, a drizzle of extra virgin olive oil and a grind of pepper completed the plate. 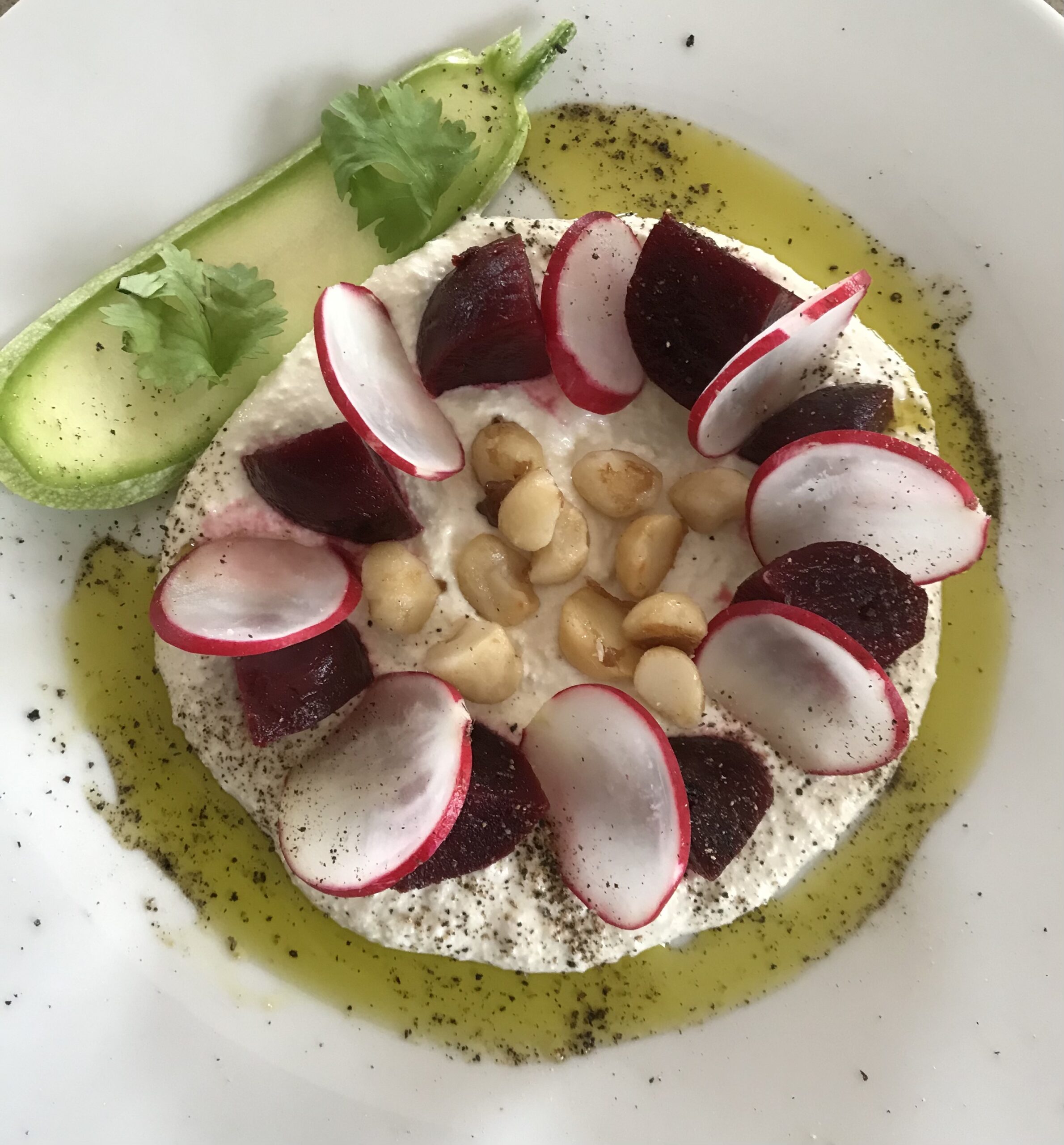 2 thoughts on “Two days and three nights in Orange”