If I make a recipe and Matthew says he really likes it I never make it again. Well that’s his story, which is a real exaggeration. When he tells people this sob story I usually roll my eyes.

One of his absolute favourites is Peanut Butter Balls, which taste a bit like the American chocolates by Reece’s, called Peanut Butter Cups. If Matthew had his way I would make them every week, but they’re fiddly and time-consuming. Not the initial mixing, but the coating in melted chocolate. And they all disappear in no time flat.

Once I made them a few days before friends came around for dinner. I was planning to serve them with coffee, but guess what, they had all disappeared. So the next time I sneakily put them in the freezer, but that didn’t work either. Matthew found them and informed me smugly that peanut butter balls thaw nicely in the time it takes to boil the kettle.

So to put a smile on his face I made a batch for him to share with our son-in-law on Father’s Day next Sunday. 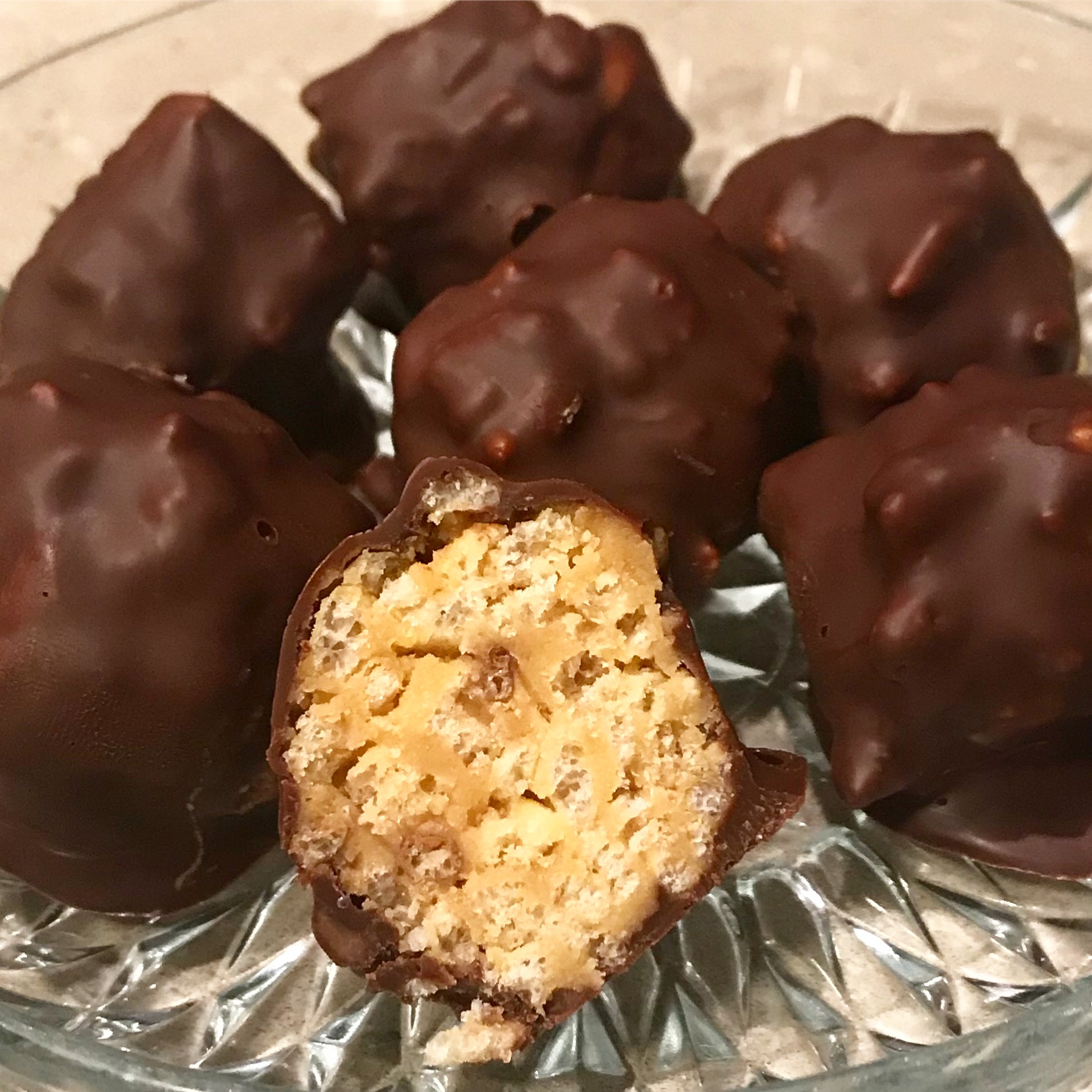 Place peanut butter and butter in a bowl, cover then zap in the microwave for a minute or two to melt. Mix in rice bubbles and icing sugar then refrigerate for an hour or until firm. Line a baking tray or two with baking paper. Scoop out heaped teaspoonsful and arrange on the trays. Refrigerate again until firm, then use your hands to squeeze them into nice round balls. Put back in the fridge while you prepare the chocolate.

Place chocolate squares in a bowl with the Copha or coconut oil over a pan of simmering water. When melted and smooth remove chocolate from the heat and take the balls out of the fridge. Coat each one in chocolate using two forks and leave to set on the paper-lined trays. Work quickly otherwise they will start to fall apart. Find somewhere to hide them in the fridge!