When I do my weekly shopping I often buy a couple of eggplants with a view to making some kind of vegetarian dish. Inspired by a photo in a recent QANTAS magazine I created this colourful dish which was delicious. There was no recipe, just a photo, so there was a lot of guesswork! 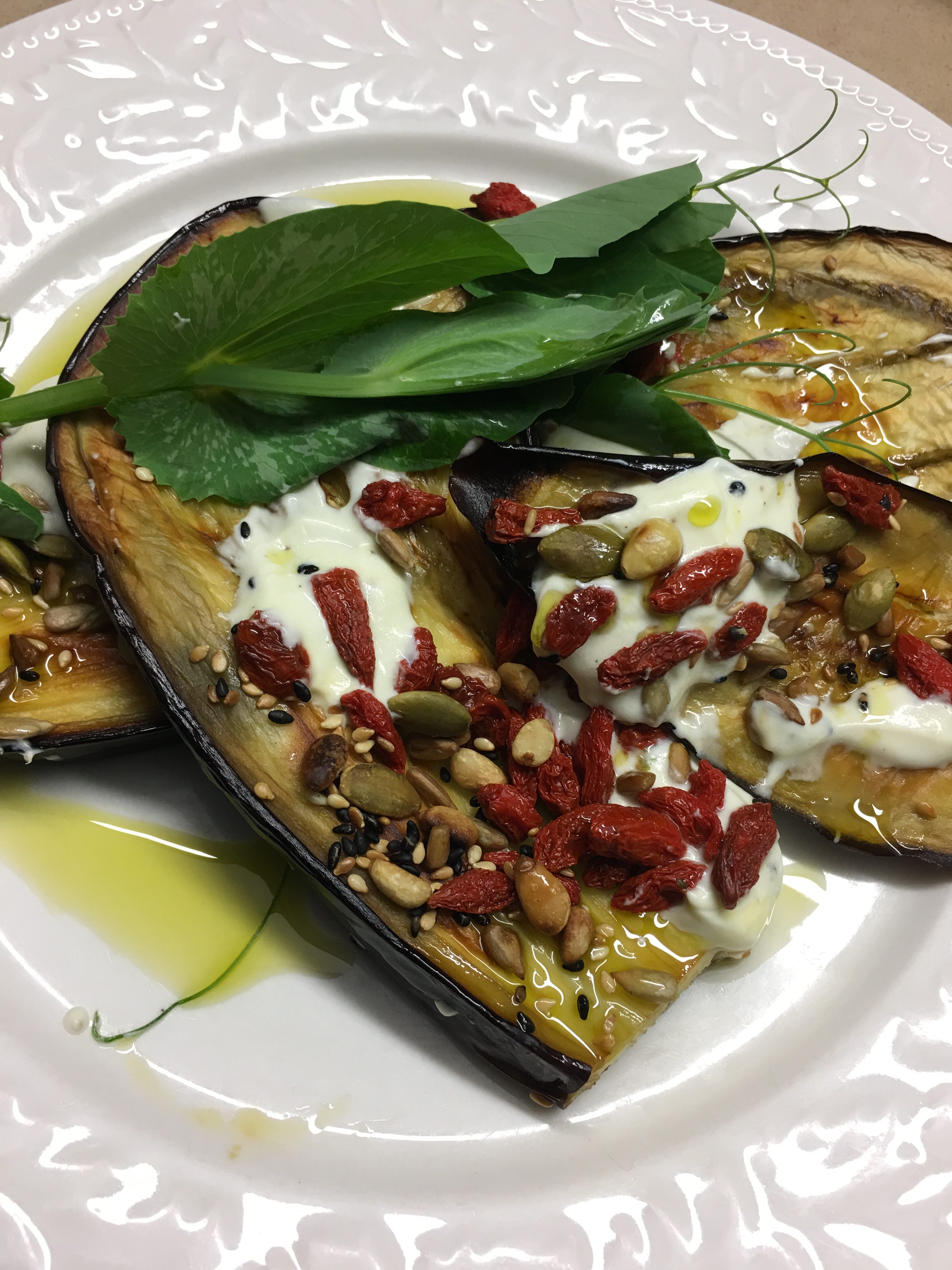 To make the Labneh, strain the yoghurt for a few hours or overnight in a sieve lined with muslin or a man’s handkerchief, in the fridge. Discard the liquid.

Preheat oven to 200°C. Arrange eggplant slices on two large shallow baking sheets, lined with baking paper. Brush both sides with olive oil then bake for 20-30 mins or until cooked and golden brown. Arrange in a serving dish in overlapping circles.

Meanwhile heat the nuts and seeds in a dry frying pan over moderate heat, stirring, until lightly toasted. Remove seeds from pomegranate, or if using Goji berries, cover them with boiling water, then drain after 2-3 minutes.

Mix labneh with the lemon juice and season to taste.

Garnish eggplant slices with the pomegranate seeds or Goji berries, the toasted nuts and seeds and the labneh dressing. Add a few green leaves for colour. Drizzle a little Extra Virgin olive oil around the plate. 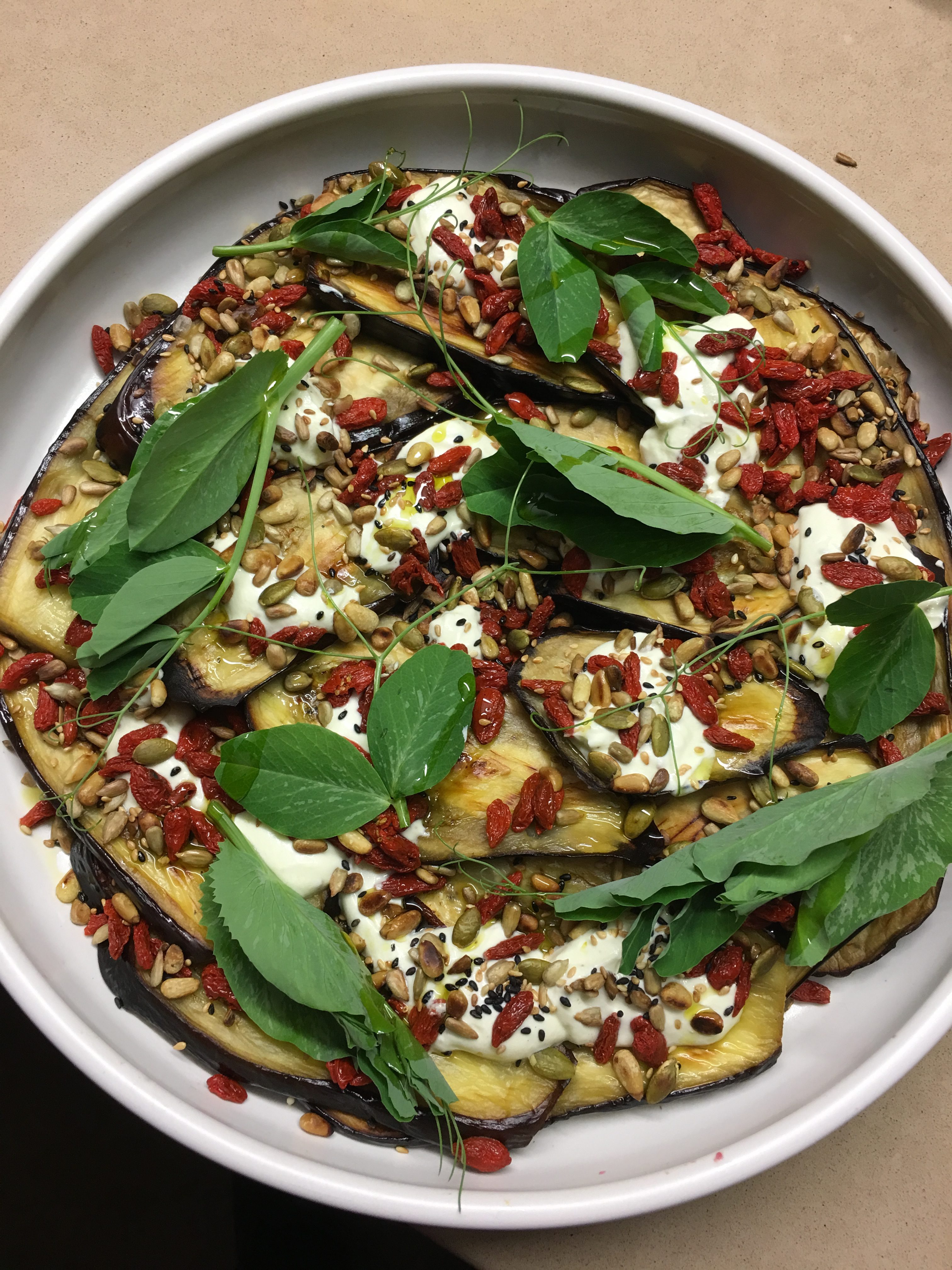