Keeping the weight off becomes a constant battle for most people over the age of forty. Some have to pay attention much earlier and a few lucky ones never have to think about it.

When I think we deserve a treat I make individual desserts in small glasses and put them in the fridge for us to eat over a few days. These small indulgences are not so big as to make you feel guilty, but when you feel like something sweet they just hit the spot.

I often think of my Irish grandmother who said to me after Grandpa died at the age of 62 “I didn’t let him have all those English puddings he loved and he died young anyway.” Actually I think it was the smoking rather than the weight that did it. Or maybe a combination of the two. 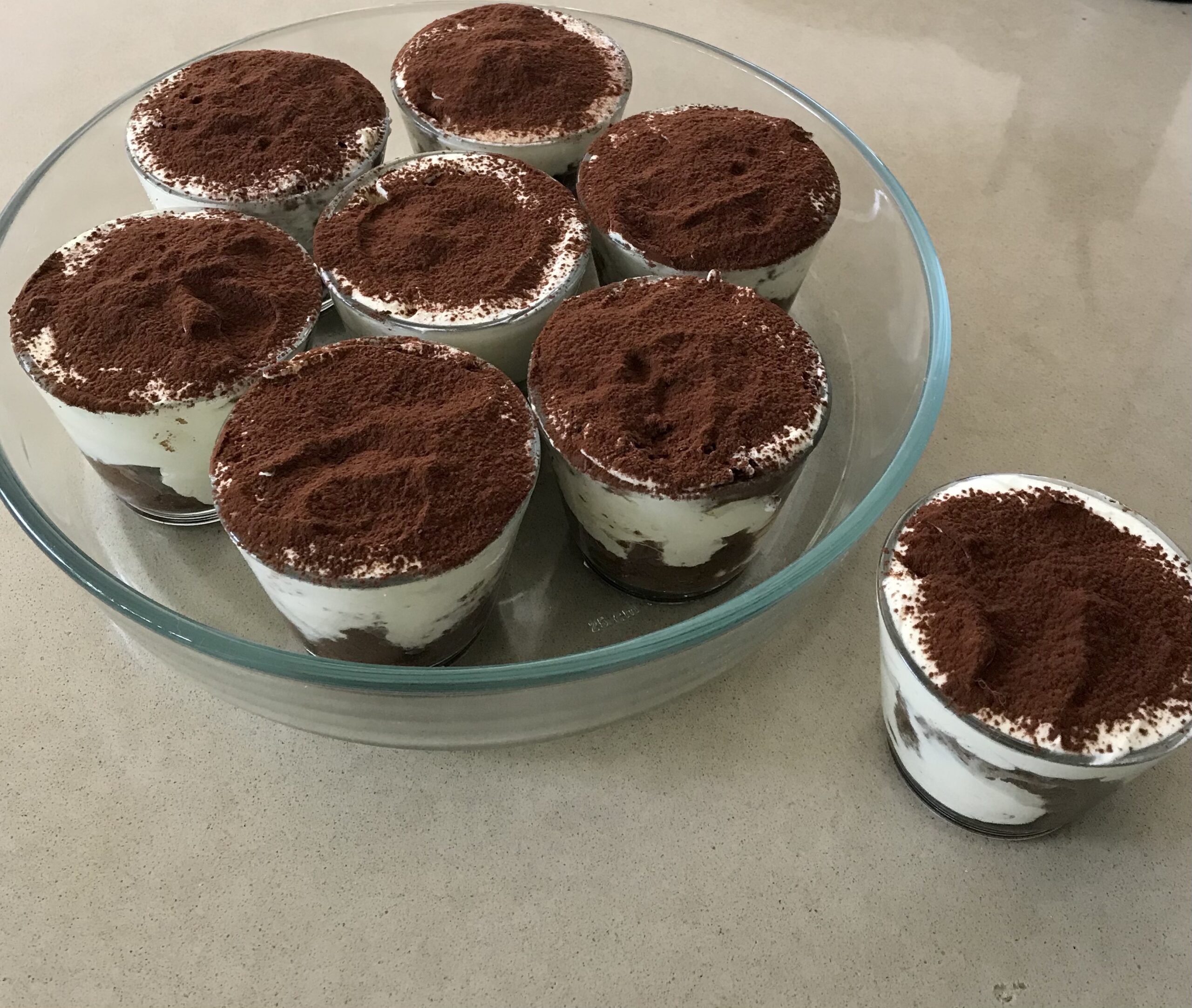 Find 8 small glasses or ramekins which each hold about half a cup or 125ml.

Mix coffee and brandy or rum. Dip biscuits in this mixture to thoroughly soak and put one, or one and a half in each glass. Divide any leftover coffee amongst glasses, drizzling it over the biscuits.

Whip cream and when it holds soft peaks add cream cheese or mascarpone and mix to combine, then add the icing sugar. Divide amongst the glasses, pushing it under and around the biscuits. It doesn’t matter if they break up. Smooth the tops, then cover with sifted cocoa. Refrigerate, loosely covered. I put them in one large dish and cover it with a shower cap.

Note: use brewed coffee, cooled, or a cup of boiling water mixed with a heaped tablespoon of instant coffee, cooled. You could leave out the cream cheese or mascarpone and use more cream.