Lunch with our dear friends Lorna and Jim is always a pleasure.  At our recent catch up Lorna served this delicious salad with confit salmon, followed by strawberries and ice cream.

The original recipe said to leave the skin on the sweet potato, but I decided to peel mine as it was rather blemished. If you’re missing one or two ingredients don’t worry, I’ve listed some substitutions which would work. 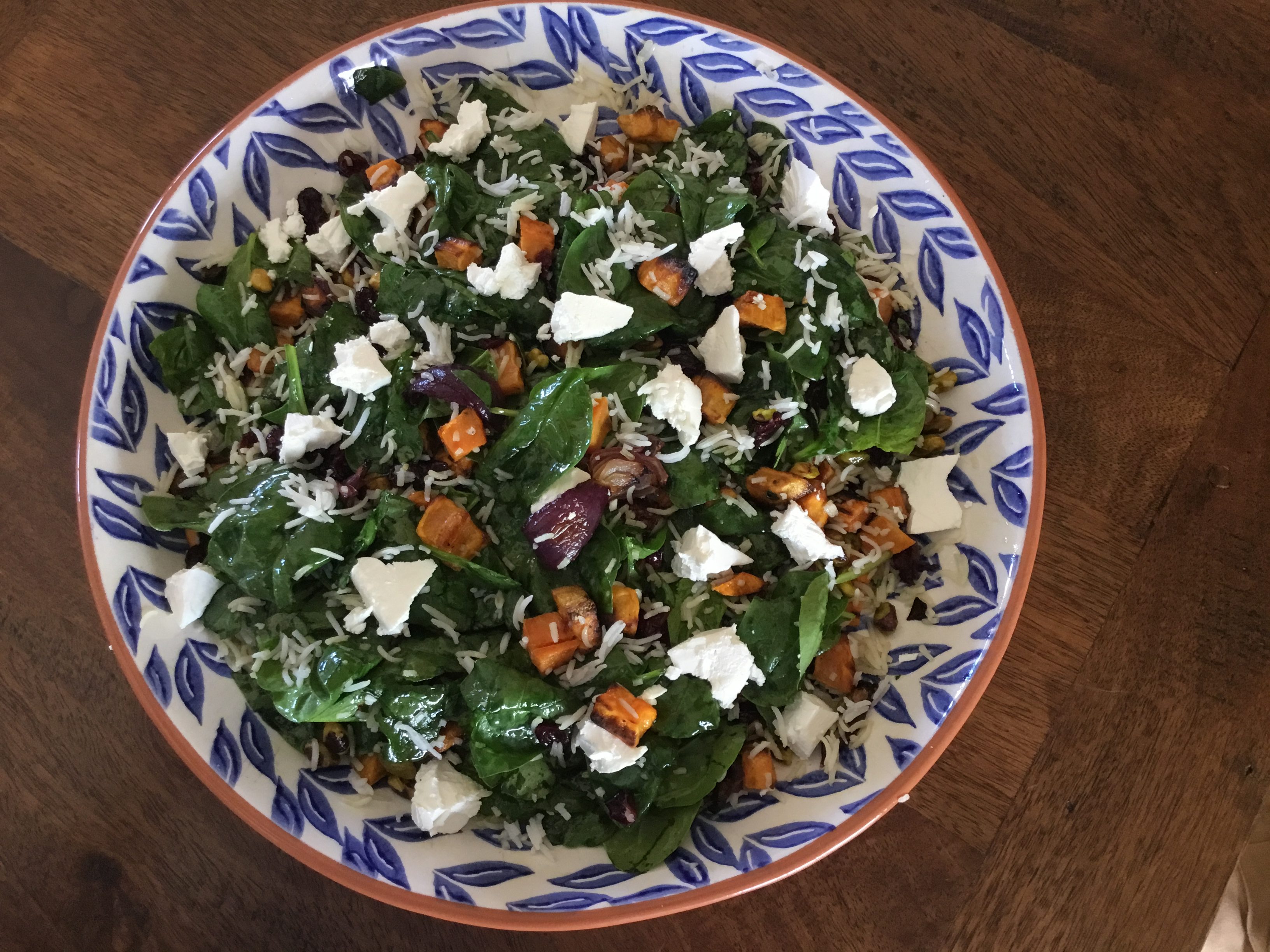 Preheat oven to 180°C. Scrub sweet potato or peel if preferred, then cut into 1.5cm cubes. Mix with the onions and 2 tsp olive oil then spread out on a baking tray lined with baking paper and bake for 25-30 mins. Remove from the oven and cool.

Meanwhile place rice in a saucepan with the water and a pinch of salt. Bring to the boil then cover and turn down the heat as low as it will go and cook until water has been absorbed. Turn off heat and leave to continue steaming. Cool.

Place dressing in a jar with a lid and shake.

Place all the ingredients in a large salad bowl. Add the dressing and toss.