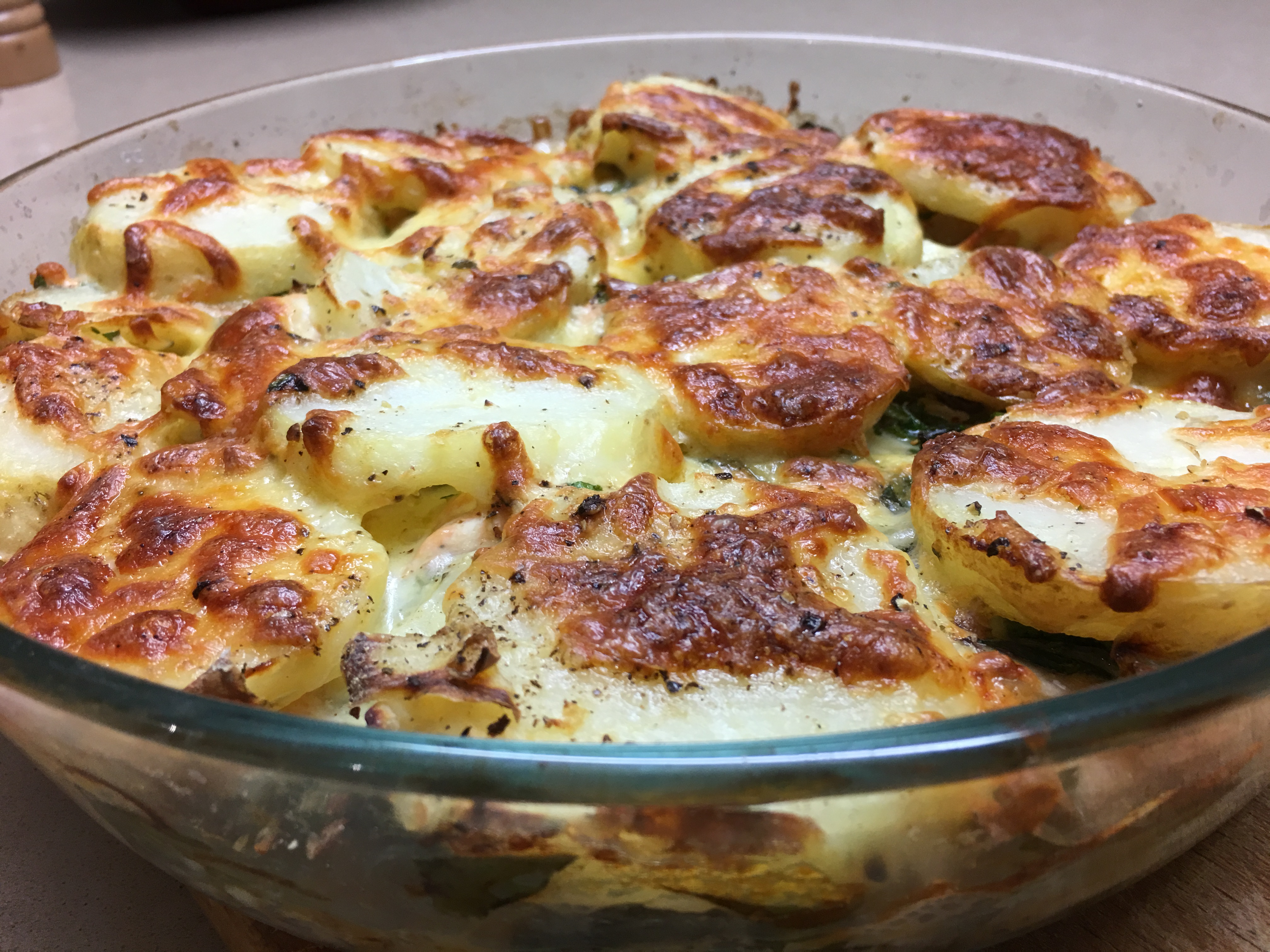 A couple of years ago we went husky dog sledding for a few days in northern Finland, near the Russian border. We stayed in a timber house by a frozen lake, miles from anywhere.

Each evening, after a few hours of sledding, we dined with the couple who ran the place. This delicious potato and salmon casserole was served one evening and I asked for the recipe. Our hostess explained that there are variations of this dish all over Scandinavia. Everyone makes it the way their mother made it and the only common ingredients are potatoes, salmon and dill. Quantities are flexible and the recipe can easily be adjusted to feed more people, so nobody measures the ingredients. In the frozen north they use a lot of frozen vegetables in winter, although we visited a big supermarket in the closest town, Kajani, which had pretty much everything.

This is a holiday for anyone who likes an adventure. While it was very cold outside, we were well rugged up and cosy in the house at night. Twenty-eight dogs lived outside in kennels, while three lived in the house, because they were elderly or unwell. My favourite, Serek, a handsome black dog with a white ruff, was convalescing from a tummy upset. He wouldn’t come near us when we arrived, but by the time we left he was up on the bed watching us pack our suitcases.

Each morning 28 dogs started howling “Please take me” but we were only able to take fourteen each day. Daylight was from 9.30 am till about 3.30 pm, so we went sledding from about 11 till 2pm. On return we got changed before trudging through the snow for about 50 metres to the sauna hut, where we spent an hour or so in our birthday suits, thawing out and sipping cold beer. Our host said he had made a hole in the ice so we could jump into the lake after the sauna, to cool off. We declined.

Soon after our return home we bought a golden retriever puppy and named him Serek, in the sure knowledge that nobody else in the doggy park would be calling out that name. 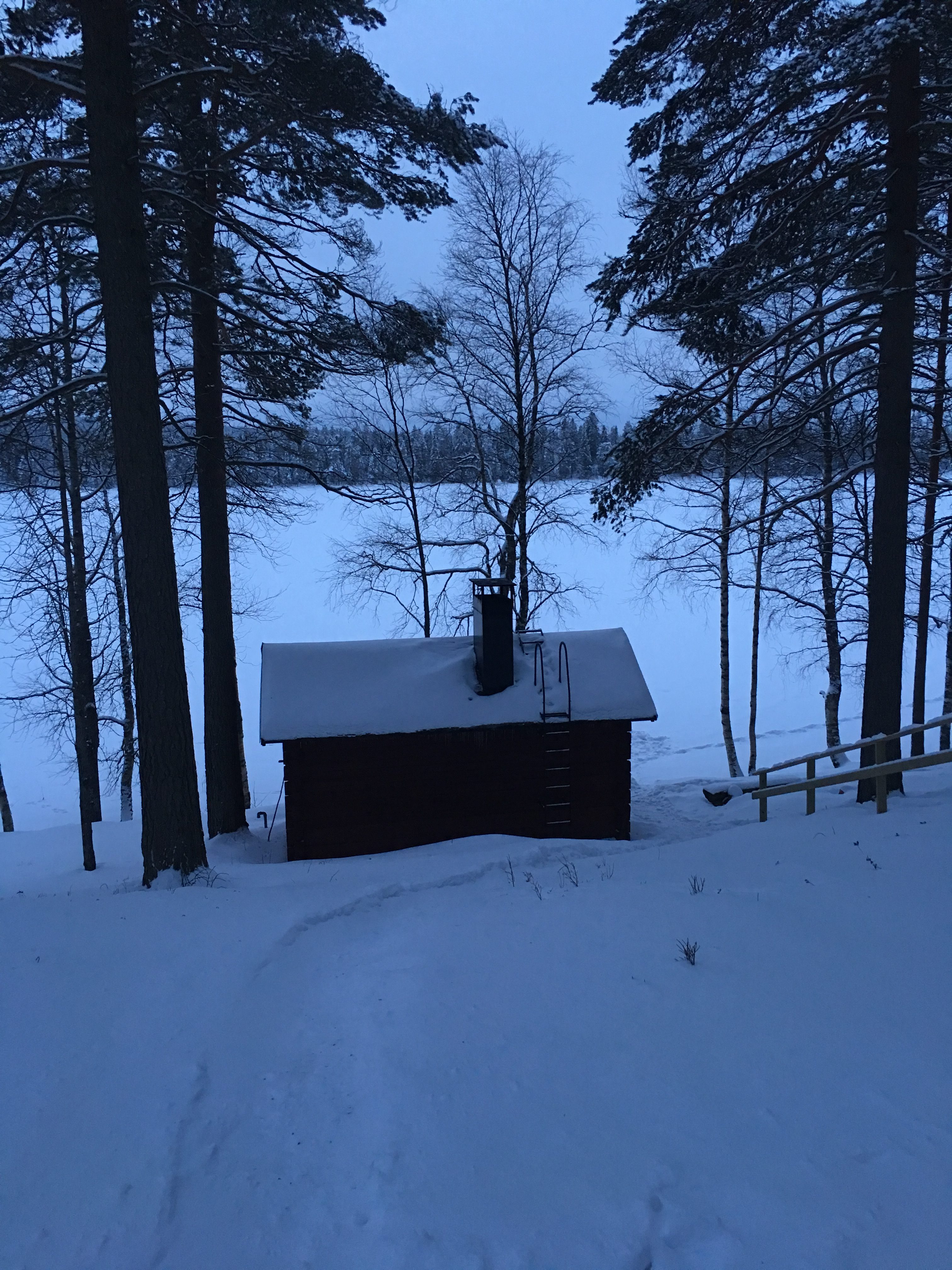 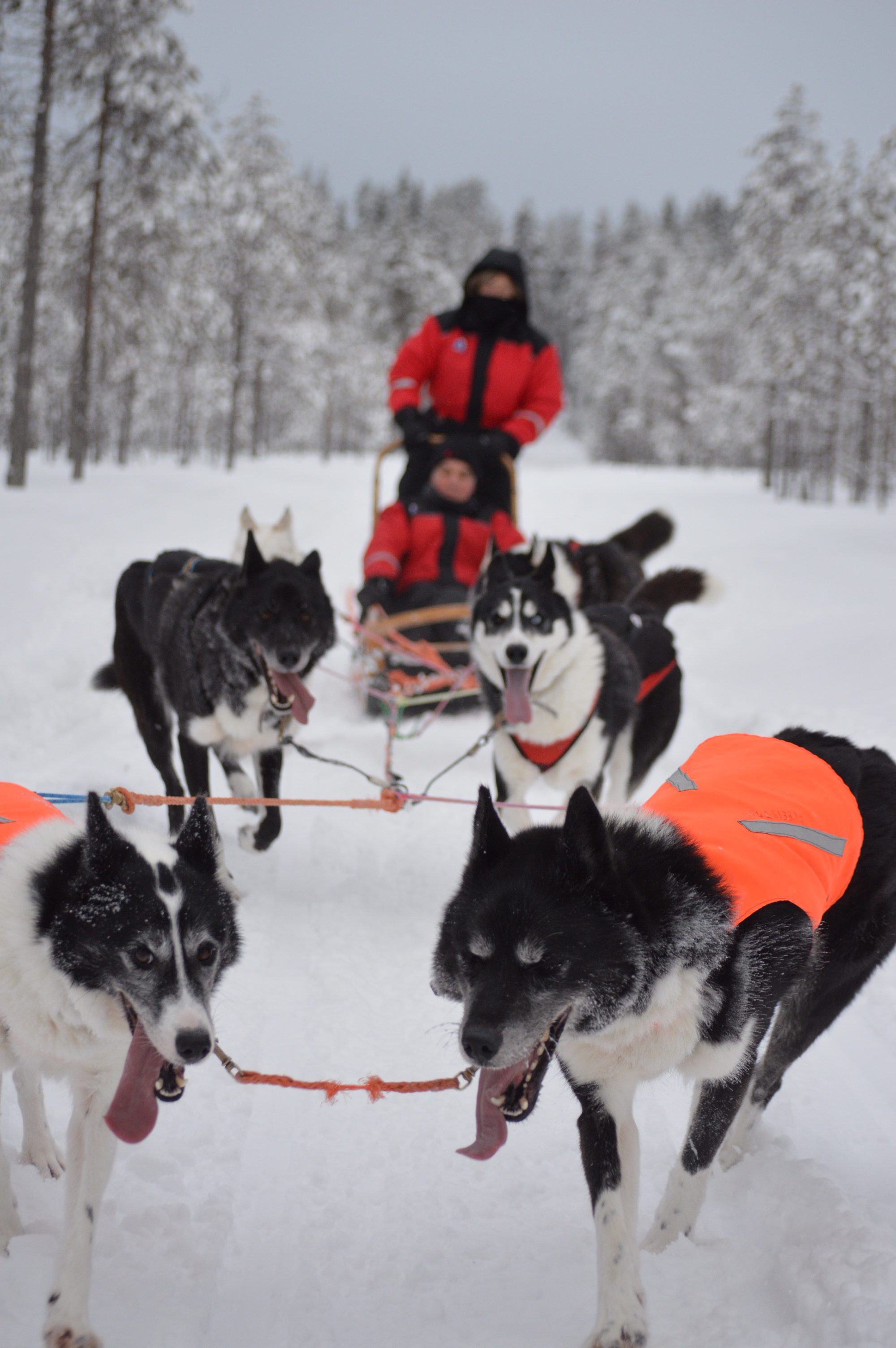 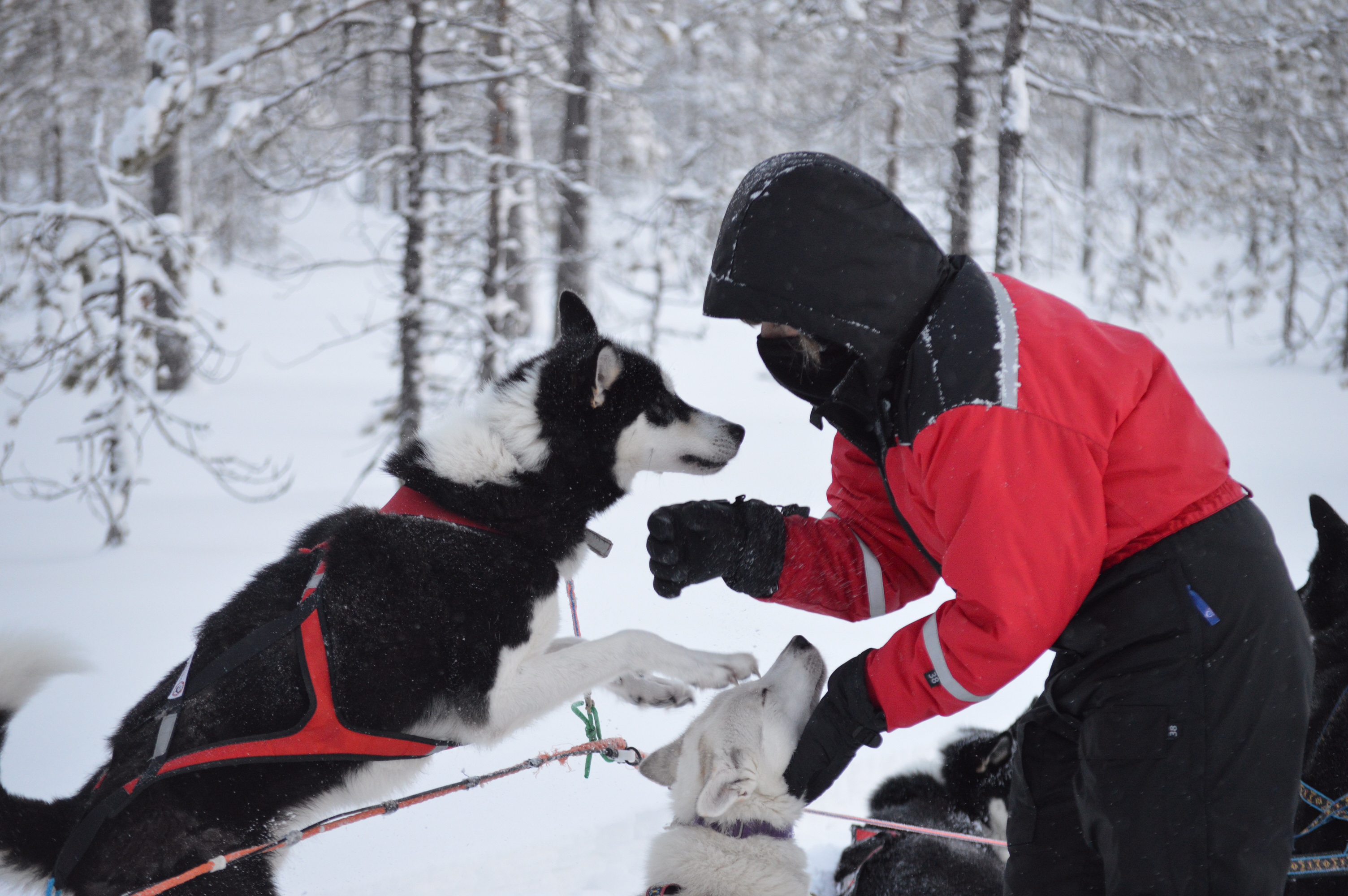 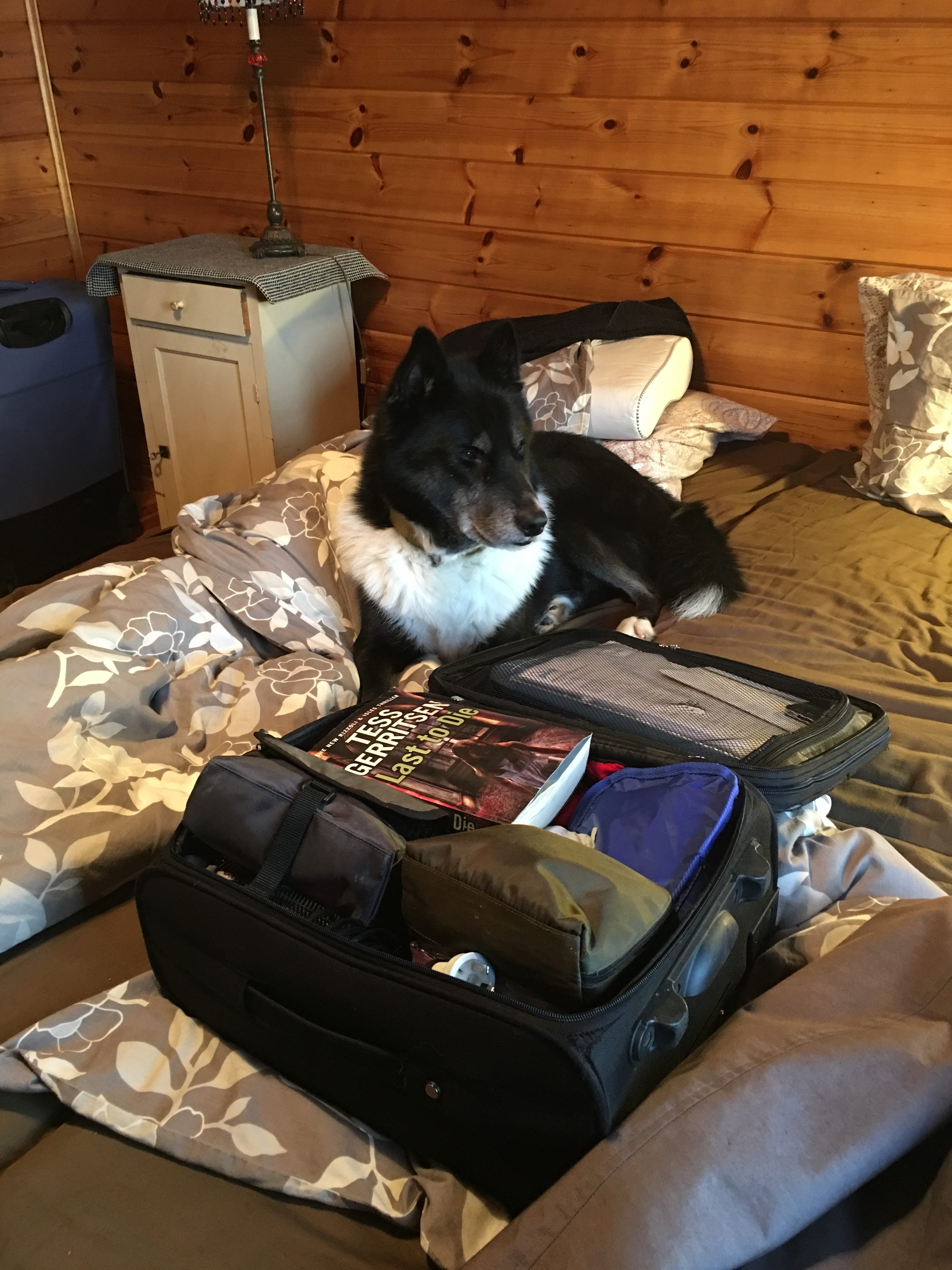 About 400g salmon (fresh, tinned, smoked, or a combination)
About 600g potatoes, peeled
2-3 handfuls fresh spinach or use one packet of frozen spinach
1 onion, chopped finely
1 Tbs butter or oil or a bit of each
100g bacon or prosciutto, chopped (optional)
2 Tbs chopped fresh dill (or use parsley or tarragon)
1½ cups grated cheese (cheddar or anything that needs using up)
About 1 cup cream (depends a bit on the weight and variety of the potatoes)
Salt and freshly ground black pepper

If using fresh salmon, remove skin and any bones and cut into 2cm cubes. Drain canned salmon. Boil potatoes in boiling salted water until cooked, but not overcooked. Cool then slice about 1cm thick. Fry onion in butter or oil until soft but not brown, adding the bacon or prosciutto (if using) after the first minute or two.

Grease a casserole dish then layer up the ingredients, starting with potatoes and ending with potatoes topped with cheese. Season as you go, then drizzle over the cream. While the layers will vary according to the size of your dish I put half the potatoes, then half the salmon and dill, followed by a sprinkling of cheese and fried onion, then seasoning. Then all the spinach (chopped if leaves are large), the rest of the salmon, dill and onion, the remaining potatoes and cheese and lastly the cream.

Bake for 40 minutes at 180°C or until golden brown on top. Serve with a salad or green vegetable.

Pasta with Smoked Salmon and Cucumber